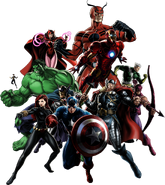 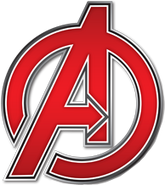 The Avengers is a team of "Earth's Mightiest Heroes" and the main focus of Marvel: Avengers Alliance.

After a world wide event causes a blackout, villains from all over converge upon New York City. The leader of S.H.I.E.L.D., Col. Nick Fury, calls on the Avengers to investigate the cause of The Pulse, and stop whatever schemes various villains are hatching. The Avengers are aided by other heroes who are also fighting the villains.