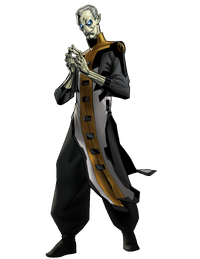 Though frail and without powers, Ebony Maw can undo even the greatest of heroes using nothing but his voice. Lies and deceit flow freely from his tongue, making him a master of manipulation.

Ebony Maw does much of the talking for The Black Order during Special Operations 13-Infinity. After Red Hulk's deploy is complete, he notes that he landed a punch on Ebony Maw that he would not soon forget, it was further noted Tony Stark would be jealous as Tony wanted to be the one to hit Maw.

Tony Stark notes early on that Ebony Maw is a coward hiding behind his allies' muscle. 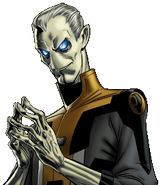