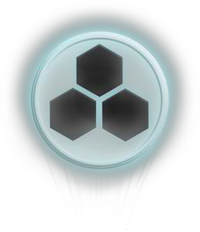 Reed Richards has become discouraged by how Earth's scientists view science and its applications. Richards decides to put together a new group of free thinking individuals to plan for a better future for all of humanity. Richards plans to mold the new young team so they will come up with solutions to the world's problems.

The roster of the team consists of the hero Alex Power, the android Dragon Man, four evolved Moloids Tong, Turg, Mik, and Korr and Bentley 23 who is a clone of The Wizard. Artie Maddicks and Leech later join as recruits.

Dr. Nathaniel Richards, the father of Reed Richards later joins the team with some newly discovered ancient atlanteans Vil and Wu. Surprisingly Spider-Man joins the team, this is the final request from Human Torch. The most shocking of all the recruits was Dr. Doom who was invited by Valeria and Nathaniel Richards. The Thing objects to his membership and attacks him, but Reed and Sue break up the fight.

Due the presence of Reed Richards from the Interdimensional Council of Reeds, Mr. Fantastic made an alliance with many villains such as Mad Thinker, A.I.M., Wizard, Diablo and High Evolutionary to plan how to stop them. Then they lead the battle to High Evolutionary's Forever City where the "Reed-Alpha" escapes with Doctor Doom to Latveria, while the others two were captured by the Kree army and used to revive the Supreme Intelligence. After returning to Baxter Building, Richards reunited other heroes to fight the Universal Inhumans in Attilan, but at the time they where preparing to go at the rooftop, a Kree invasion started. Reed used Iron Man's armor and Sue's power to create a force field around Manhattan, at the same time the Cult of the Negative Zone opened the portal to the Negative Zone after Spider-Man failed to stop them, the portal revealed a living Johhny Storm with a enslaved Annihilus.

Meanwhile, the kids of the Future Foundation uses the Panic Room system to teleport the top of the Baxter Building near Latveria, there they help Nataniel, Kristoff Vernard, Reed-Alpha and Dr. Doom to rebuild the Bridge, so Reed-Alpha would return home. There, the Mad Celestials tries to enter this Earth to destroy it. Doctor Doom and Reed-Alpha tried to stop them although Reed was killed using the Ultimate Nullifier and Doctor Doom by the Celestials.

When Johnny gathered the team drawing with fire the symbolical "4" at the sky above the Baxter Building. Reed, Sue, Ben and Peter boarded one of the Annihilation Wave's ships controlled by Johnny, who used the rest of the ships to battle the Kree army until the Inhumans asked to finish them by their own hand. Meanwhile the other heroes on Earth where dealing with the scraps of the battle which could damage the Earth, Reed and Sue summons Galactus, who destroys completely the Kree army. That moment, the Mad Celestials appeared to destroy this universe. Although the team tried to use the Hub (a weapon of mass destruction created by the Reeds), they couldn't defeat the Mad Celestials. Then, a future version of Franklin and Valeria appeared as part of Nathaniel Richards's plan. The Future Franklin used his power to heal Galactus and destroy the Mad Celestials, saving the day. Later, the Baxter Building was easily rebuilt, Mr. Fantastic showed a new secondary headquarters called Foundation and new costumes were given to the members of the Future Foundation, being the Fantastic Four reformed as part of it.

Thing, Spider-Man, Invisible Woman and Mr. Fantastic have the ability to

Share the Future when two of them are brought together in their Future Foundation costumes.