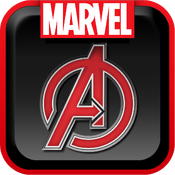 The mobile version of Marvel: Avengers Alliance was a game developed by Playdom, a subsidiary of The Walt Disney Company. It was a turn-based social network game originally released on Facebook on March 1, 2012, and on Playdom's Official website on July 10, 2012. The mobile version was released on June 13, 2013 to iOS devices and on November 22, 2013 released via Google Play.

The last version was 6.4.9 for the iOS version.

As of March 28, 2016, both iOS and Android versions of Marvel: Avengers Alliance Mobile were removed from App Store and Google Play Store but can still available to play until October 1, 2016. Source.

On September 1, 2016, Playdom announced that Marvel: Avengers Alliance in all platforms would be discontinued on September 30, 2016. On that date, when Facebook version of the game discontinued, the mobile version had a delay. After that, attempting to load the game will receive server error.

The Mobile Version's continuity is slightly different in that the order of certain features and Availability for Heroes are different from the Original Version.

This can be viewed in-game, in the Store under Currency tab.